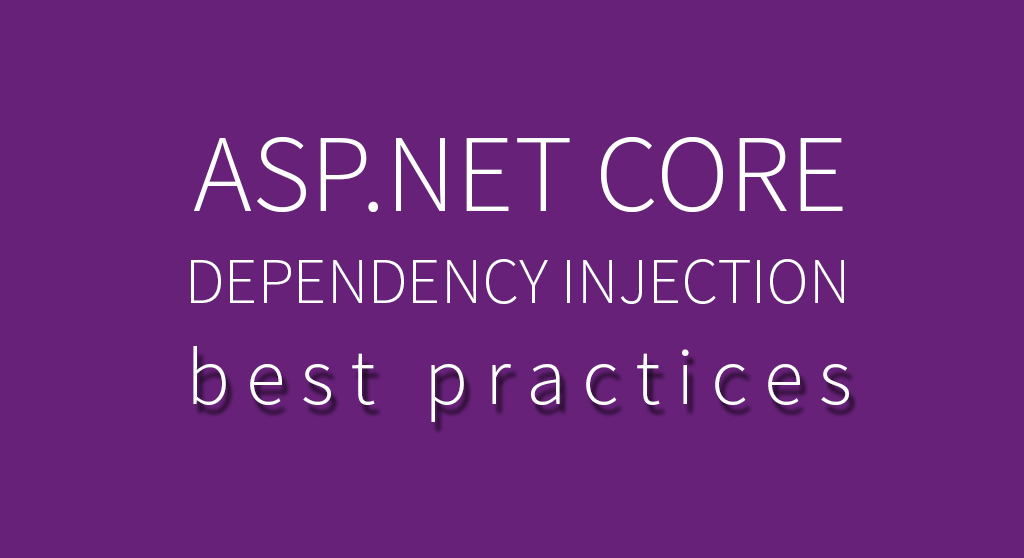 In this article, I will share my experiences and suggestions on using Dependency Injection in ASP.NET Core applications. The motivation behind these principles are;

Constructor injection is used to declare and obtain dependencies of a service on the service construction. Example:

ProductService is injecting IProductRepository as a dependency in its constructor then using it inside the Delete method.

ProductService is declaring a Logger property with public setter. Dependency injection container can set the Logger if it is available (registered to DI container before).

Service locator pattern is another way of obtaining dependencies. Example:

ProductService is injecting IServiceProvider and resolving dependencies using it. GetRequiredService throws exception if the requested dependency was not registered before. On the other hand, GetService just returns null in that case.

There are three service lifetimes in ASP.NET Core Dependency Injection:

DI container keeps track of all resolved services. Services are released and disposed when their lifetime ends:

Resolving Services in a Method Body

In some cases, you may need to resolve another service in a method of your service. In such cases, ensure that you release the service after usage. The best way of ensuring that is to create a service scope. Example:

PriceCalculator injects the IServiceProvider in its constructor and assigns it to a field. PriceCalculator then uses it inside the Calculate method to create a child service scope. It uses scope.ServiceProvider to resolve services, instead of the injected _serviceProvider instance. Thus, all services resolved from the scope is automatically released/disposed at the end of the using statement.

FileService simply caches file contents to reduce disk reads. This service should be registered as singleton. Otherwise, caching will not work as expected.

You may think that you do not make such an obvious mistake (resolving a scoped inside a child scope). But, this is not a mistake (a very regular usage) and the case may not be such simple. If there is a big dependency graph between your services, you can not know if anybody created a child scope and resolved a service that injects another service… that finally injects a scoped service.

Dependency injection seems simple to use at first, but there are potential multi-threading and memory leak problems if you don’t follow some strict principles. I shared some good principles based on my own experiences during development of the ASP.NET Boilerplate framework.