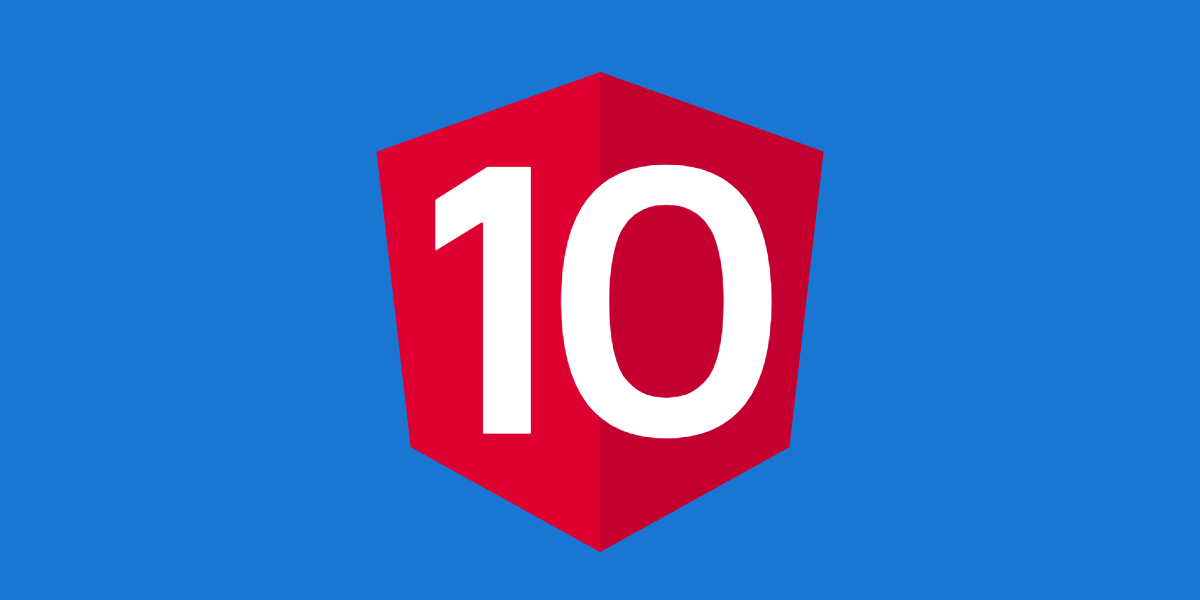 The new version, v10, of Angular has been published only hours ago and announced by this blog post. Although it may not appear as impactful as v9 (with Ivy and all), this release displays Angular team's commitment to keep Angular up-to-date and relevant. We found this very exciting and the timing was just right, because we are about to release ABP v3.0!

So, we jumped into the details of what changed and how to migrate. Here is what we found.

That is great news. Angular stays up-to-date. First of all, TypeScript 3.9 has performance improvements, which means faster Angular builds, especially in larger projects. Second, all latest TypeScript fixes and features are available to Angular developers. Last, but not the least, Angular developers will be using a more elaborate TypeScript configuration.

Earlier versions of TypeScript are no longer supported, so you have to install v3.9 in your project. I believe a major reason behind this is the next feature I will describe.

"Solution Style” tsconfig.json file support was introduced by TypeScript v3.9 to overcome issues with cases where a tsconfig.json existed just to reference other tsconfig.json files, known as a "solution". Angular 10 makes use of that concept and improves IDE support and, consequently, developer experience.

A new file called tsconfig.base.json is introduced and what was inside the root tsconfig.json before is carried to this new file. You can find further details about the "solution" configuration here, but basically the new tsconfig.json at root level, before and after adding a library to the project, looks like this:

If you upgrade to Angular 10 using ng update , the CLI will migrate your workspace to this structure. Earlier versions of TypeScript does not support "solution style", so this may be the reason behind the breaking change described above.

Angular package format has changed, and the new format does not include esm5 and fesm5 distributions anymore. Angular packages (@angular/*) will not include them. Since Angular generates ES5 from ES2015 and ES2015 is the default language level consumed by Angular tooling, those code distributions had become obsolete. The format change is as follows:

If your application depends on esm5/fesm5 files, you can relax, because they are still consumable by the build system. Likewise, you do not have to worry if your Angular library does not ship esm2015 or fesm2015, because the CLI will fallback to others. However, in favor of bundle optimization and build speed, it is recommended to deliver ES2015 outputs.

Angular generates bundles based on the Browserlist configuration provided in the root app folder. Angular 10 will look up for a .browserlistrc in your app, but fall back to browserlist if not found. The ng update command will rename the file for you.

ModuleWithProviders Without a Generic Type [removed]

ModuleWithProviders without a generic type was deprecated before. As of Angular 10, it is completely removed.

If you are taking advantage of inheritance from classes that use Angular features such as dependency injection or Angular decorators , you now need to decorate those base classes as well. Otherwise, Angular will throw an error about the missing decorator on the parent.

Here is the error Angular 10 compiler throws when the Directive decorator is missing:

WrappedValue is deprecated and will probably be removed with v12. Check here and here if you have never heard of it before.

It was useful to trigger change detection even when same object instance was produced/emitted. There is a performance cost when WrappedValue is used and the cases where it helps are relatively rare, so Angular team has decided to drop it.

As a side effect of this deprecation, you may see more ExpressionChangedAfterItHasBeenChecked errors than before, because Angular would not throw an error when WrappedValues were evaluated as equal.

I would like to emphasize how thankful I am that Angular team is trying to keep Angular up-to-date. This is a great demonstration and, in my humble opinion, just as meaningful as a state-of-art renderer. It is also very nice to see how easy it is to migrate an existing project. Angular not only keeps up with its ecosystem, but also helps you to keep up together with it.

Congratulations, and thank you!

Mahigna is a beautiful guy of thinking and imagination who wants to share an adventurous world and fascinating stories. Instead of something else, she needs coffee. It lets music smile and relay if anything goes wrong. https://topvehicleparts.com is a car review blog that assists shoppers in selecting high-quality top auto parts from our online shops in the United States when comparing prices from Amazon. provides advice on full service commercial vehicles, jeep and car repairs, support, correct parts analysis and car management. Automotive Parts, Automobile Accessories Store, Car Accessories Shop, Car Accessories Store, Vehicle Accessories Store, AUTOMOTIVE, Tractor, Motorcycle, JEEP, 2021.

Mahigna is a friendly young man who delights in telling stories about his interesting and exciting world. She'll eat everything but coffee. It simply smiles and repeats the music if nothing is wrong. For more information, visit our website: www.carriagedriving.net offers comprehensive instructions, support, proper parts inspection, and automotive service for commercial vehicles, jeeps, and auto repair shops. car accessories retailer,